In the previous post I introduced the manuals used by psychiatrists worldwide for diagnostics. Inevitably, society, professionals and patients can face certain predicaments during this process such as perversion of justice, misdiagnosis, acute side effects from medication etc..

The toll this has on medical facilities and the economy is profound, plus many people are skeptical of psychiatric diagnostics; especially the series of American Psychiatric Association’s Diagnostic and Statistical Manual of Mental Disorders (DSM). I shall not discuss its history in detail for this post but I will outline some of the criticisms the world of Psychiatry faces today.

This is the notion that psychiatry is a ‘myth’ or a ‘sham’ and that treatments are in fact more damaging to patients. The diagnostic process is questionable as it leaves too much room for opinion and interpretation bias and the rise in the admission of drugs to patients is thought to be a collaborated pharmaceutical and psychiatric money-making conspiracy. The more diagnostic categories there are the more business for psychotherapists as more people are in therapy then prescribed medication. Thus, more and more business for pharmaceutical companies.

The first DSM was only 65 pages. DSM II was 134 pages and was heavily influenced by Sigmund Freud’s work. The DSM III, edited by Psychiatrist Robert Spitzer soared to 394 pages. After 4, today’s DSM 5 is a colossal 947 pages and includes over 300 conditions. More than 400 mental professionals worked for thirteen years to complete the text.

One argument is that psychiatry is a pseudoscience and its theories are not supported by sufficient empirical data that would license behavioral neuroscience and psychiatric models to be rendered a science. They are not validated by biological criteria, as most medical diseases are.

I’ve been publicizing the use of ICD as an alternative to DSM so that counselors know they are not confined to using the DSM-5—especially if they find that the DSM-5 lacks credibility. And, to use ICD-10-CM, counselors do not have to learn a whole new classification system…

Personally, I want the DSM-5 to be a quality product that I can trust for diagnosis. I’ve used the DSM during my entire career as a counselor, and I feel some allegiance to this classification system. But the inclusion of potentially dangerous, scientifically unfounded diagnoses scares me enough to possibly abandon the DSM.’

A popular consensus is that the DSM 5 somehow reports every emotion experienced by humans – loss, grief, anxiety, euphoria, impatience etc and classifies them as ‘mental disorders’. Sort of like a book of lifes problem and natural human reactions to distress re-vamped as mental disorders. Furthermore, it is believed to medicalise eccentricity or plain bad behavior; especially in children.

Psychiatrist Allen Frances was in charge of compiling DSM IV and predicted in his book, Saving Normal, that the DSM 5 would ‘mislabel normal people, promote diagnostic inflation, and encourage inappropriate medication use’.

Are new diseases being invented or discovered?

The DSM 5 creatively broadened the horizons of mental illness which enables them to fit many people under their diagnostic umbrella. 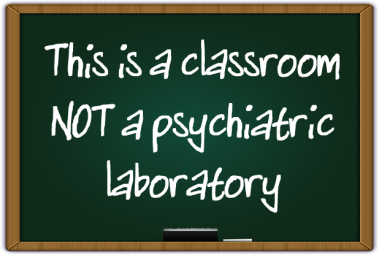 If a boy spends 10 hours a day on his PS4 or on Social Media, does he have a problem? Yes. Is it then a classified medical disorder that requires medication? Well..

I think it’s important that we don’t lose the distinction between mental illness , genuine neurodegenerative/developmental disorders and people who are experiencing natural reactions to life’s stressors. Generally, no medical examinations are undertaken before a diagnosis of ADHD is reached, specifically in children. Simply from a few hours of observation and counselling the psychiatrist would have established whether or not a child has Attention Deficit Hyperactivity Disorder which is classified as neurodevelopmental because of biological problems with the brain functions that control emotions and learning.

Allen Frances later admits in his LA Opinion article the DSM IV was a huge mistake that has resulted in the mass overdiagnosis of people who are actually quite normal. DSM  IV:

The first draft of the next edition of the DSM … is filled with suggestions that would multiply our mistakes and extend the reach of psychiatry dramatically deeper into the ever-shrinking domain of the normal. This wholesale medical imperialization of normality could potentially create tens of millions of innocent bystanders who would be mislabeled as having a mental disorder. The pharmaceutical industry would have a field day — despite the lack of solid evidence of any effective treatments for these newly proposed diagnoses.’

It was recently claimed that children can now be diagnosed with bipolar ‘pediatric mania’. Fundamentally, the general concern here is that psychiatrists are over diagnosing patients, with some claiming that you will have this condition for the rest of your life as there is no cure. Patients hypothetically sign a perpetual contract with pharmaceutical companies who are then able to maintain large profits from drug sales. Though, drug side-effects include headaches, weight gain, suicidal ideation, homicidal ideation, liver malfunction, decreased libido etc.

With over 300 conditions of course there is going to be significant overlap and changeable boundaries between diagnoses. Comorbidity is especially prevalent with personality disorders. There are 3 main clusters:

The diagnostics of these are generally determined by consensus and committee rather than psychometric logic. Consequently, reliability is poor as there is significant overlap at times that cause simultaneous diagnoses. High comorbidities involve Borderline and Narcissistic, Borderline and Histrionic, Antisocial and Narcissistic etc. These overlaps are not restricted to personality disorders alone. There is a fair chance of one patient meeting the criteria for 20, if not more disorders. Psychiatry fails to recognise the idea of a spectrum of behavioural manifestation, thus if one does not have 5 of the 9 traits needed for Borderline Personality Disorder they don’t have it. Some may include ‘..with borderline PD traits’ in their final diagnoses.

These conditions reflect moral and technological progressions in society. E.g I previously mentioned that Homosexuality was only removed in 1973, yet now it is possible that APA‘s political correctness could soon land Homophobia in there. We’ve gone from throwing people in jail for homosexuality to threatening time to disgruntled critics.

Over the years, Psychiatrists have earned overwhelming influence in the justice system. Psychiatric evaluations are used in divorce courts and can result in the removal of a child and charges of ‘medical neglect’ if parents fail to medicate their children. DSM diagnoses are accepted by courts as testimony; skeptics argue judges and the jury are fooled by the psychobabble used to dress up these conditions. The DSM has also been used in cases to plead insanity ( a legal term found nowhere in any psychiatric or psychological diagnostic manual..).

Disorders differ across regions. Chinas CCMD-3 contains 40 cultural differences. In a country where shamans practice religious rituals in the street, their actions are considered normal in this cultural context. Yet if someone was to carry out such activity on London streets it would potentially result in arrest or sectioning. Someone may display eccentric behavior but is it actually harmful?

Finally, some of these diagnoses are a convenient excuse for individuals behaviors and habits.

‘It’s not my fault I smoke, I have nicotine use disorder caused by a lack of neurochemicals in my brain’

On the other hand, they can scar the individual and arguably affect their futures. A label can perpetuate and induce self-defeating attitudes and mannerisms. In some communities it can lead to stigmatisation and members can be ostracized even further.

I believe psychiatrists face a monumental job of diagnosing patients. They must attempt to decipher the etiology of these conditions e.g. A personality disorder should not be applied if the symptoms can be better explained by stress, psychosis, neurosis or any other physiological problem. Many are under pressure to find biomedical origins behind these conditions.

Mental disorders are more common, and we live in an age of increased ability to identify them. Nevertheless, social factors such as isolation, bullying and poverty vastly influence human behavior, so it is imperative we work towards solidifying the Pack of Cards on which Psychiatry stands. By conducting research and gathering statistically significant evidence we can eventually optimize treatment for those who really need it.

Economics and Finance student. University of Southampton. Autodidact. INTJ. Psychiatry devotee. To myself I am only a child playing on the beach, while vast oceans of truth lie undiscovered before me - Isaac Newton. Any Questions? Email: theoceanofknowledge@hotmail.com